14 shares
Studying the civil rights movement helps students to better understand American history, making connections between the past and the present.  Though the struggles have changed, the song remains the same, and we want a new generation to learn these principles of civics and how to be an active member of society.
The most well-known of the civil rights movements started in the mid-fifties and went into the late sixties. The goal was to eliminate racial discrimination and segregation in the United States. The civil rights movement had its origins in the post Civil War / Reconstruction era and was a in response to the Jim Crow laws prevalent during the time immediately after the abolition of slavery. Over the course of the century, various less successful civil rights movements were formed, but the one started in the 1950s saw the most success. Most of the movement’s members tried to employ forms of nonviolent mass protest and  civil disobedience. These entailed things such as boycotts, sit-ins, and marches through public places.
Civil rights exist to protect individuals’ freedoms. These include freedom of speech, religion, press, assembly, privacy, and they protect individuals from being discriminated against based on race, age, gender, religion, and social class, etc. Also included are political rights such as right to fair trial, due process, self-defense, and the right to vote. These are freedoms which are called by many basic human rights and should not be infringed by any movement or agency. Many people have differing opinions on what are considered basic human rights, but human rights as we define it in a public setting are comprised in the Universal Declaration of Human Rights. This document was written in 1948 and includes definitions of various such civil and political rights. 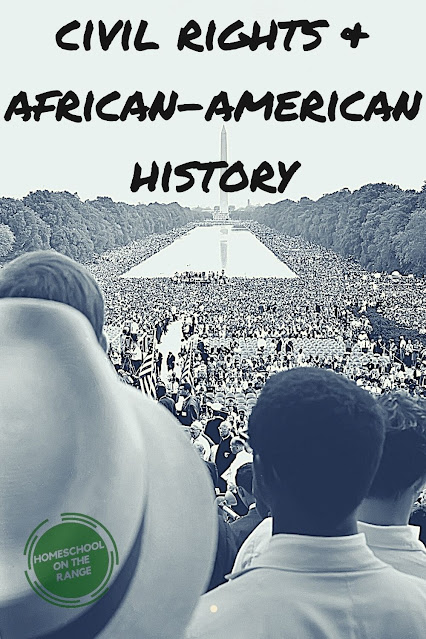 These online literary guides have everything you need to study the book. They include vocabulary, grammar, free-write questions, videos, rabbit trails, and project ideas.

Beef up your homeschool library with these additional helpers.

Go in-depth with your studies, covering a full semester or more with lessons, videos, readings, and projects.